Assertiveness and the Four Styles of Communication 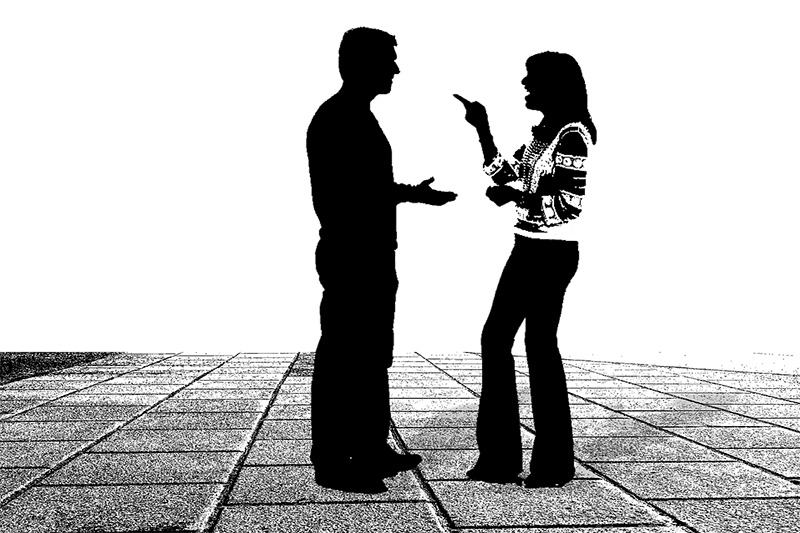 27 Sep Assertiveness and the Four Styles of Communication

Posted at 10:19h in Business, Coaching by coaching_solutions
Share

We may never have learned to communicate effectively in relationships. We may be passive and not advocate for ourselves, aggressive and attempt to run roughshod over others, or passive-aggressive and smile while sabotaging others behind their backs.

No wonder we have so many problematic relationships and feel so isolated! In order to build healthy relationships, we must learn to be assertive – that is, to be clear, direct, and respectful in how we communicate.

In this article we look at the four styles of communication:
Passive   –   Aggressive –   Passive/Aggressive –  Assertive

PASSIVE COMMUNICATION is a style in which individuals have developed a pattern of avoiding expressing their opinions or feelings, protecting their rights, and identifying and meeting their needs. Passive communication is usually born of low self-esteem. These individuals believe: “I’m not worth taking care of.”

As a result, passive individuals do not respond overtly to hurtful or anger-inducing situations. Instead, they allow grievances and annoyances to mount, usually unaware of the build up. But once they have reached their high tolerance threshold for unacceptable behaviour, they are prone to explosive outbursts, which are usually out of proportion to the triggering incident. After the outburst, however, they feel shame, guilt, and confusion, so they return to being passive.

The impact of a pattern of passive communication is that these individuals:
– often feel anxious because life seems out of their control.

– feel depressed because they feel stuck and hopeless.

– feel resentful (but are unaware of it) because their needs are not being met.

– feel confused because they ignore their own feelings and are unable to mature because real issues are never addressed.

A passive communicator will say, believe, or behave like:
“I’m unable to stand up for my rights.”  “I don’t know what my rights are.” “I get stepped on by everyone.”  “I’m weak and unable to take care of myself.” “People never consider my feelings.”

AGGRESSIVE COMMUNICATION is a style in which individuals express their feelings and opinions and advocate for their needs in a way that violates the rights of others. Thus, aggressive communicators are verbally and/or physically abusive. Aggressive communication is born of low self-esteem (often caused by past physical and/or emotional abuse), unhealed emotional wounds, and feelings of powerlessness.

The impact of a pattern of aggressive communication is that these individuals:
– become alienated from others

– generate fear and hatred in others

– always blame others instead of owning their issues, and thus are unable to mature.

The aggressive communicator will say, believe, or behave like:
“I’m superior and right and you’re inferior and wrong.”

“I can dominate and intimidate you.”

“I can violate your rights.”

“You’re not worth anything.”

PASSIVE-AGGRESSIVE COMMUNICATION is a style in which individuals appear passive on the surface but are really acting out anger in a subtle, indirect, or behind-the-scenes way. Prisoners of War (POWs) often act in passive-aggressive ways to deal with an overwhelming lack of power. POWs may try to secretly sabotage the prison, make fun of the enemy, or quietly disrupt the system while smiling and appearing cooperative.

People who develop a pattern of passive-aggressive communication usually feel powerless, stuck, and resentful – in other words, they feel incapable of dealing directly with the object of their resentments.  Instead, they express their anger by subtly undermining the object (real or imagined) of their resentments. They smile at you while setting booby traps all around you.

The impact of a pattern of passive-aggressive communication is that these individuals:
– become alienated from those around them

– remain stuck in a position of powerlessness

– discharge resentment while real issues are never addressed so they can’t mature.

The passive-aggressive communicator will say, believe, or behave like:
“I’m weak and resentful, so I sabotage, frustrate, and disrupt.”

“I’m powerless to deal with you head on so I must use guerilla warfare.”

“I will appear cooperative but I’m not.”

ASSERTIVE COMMUNICATION is a style in which individuals clearly state their opinions and feelings, and firmly advocate for their rights and needs without violating the rights of others. Assertive communication is born of high self-esteem. These individuals value themselves, their time, and their emotional, spiritual, and physical needs and are strong advocates for themselves while being very respectful of the rights of others.

The impact of a pattern of assertive communication is that these individuals:
– feel connected to others

– feel in control of their lives

– create a respectful environment for others to grow and mature

The assertive communicator will say, believe, or behave in a way that says:
“We are equally entitled to express ourselves respectfully to one another.”

“I am confident about who I am.”

“I realise I have choices in my life and I consider my options.”

“I speak clearly, honestly, and to the point.”

“I can’t control others but I can control myself.”

“I place a high priority on having my rights respected.”

“I am responsible for getting my needs met in a respectful manner.”

“I respect the rights of others.”

“Nobody owes me anything unless they’ve agreed to give it to me.”

Assertiveness allows us to take care of ourselves, and is fundamental for good mental health and healthy relationships.

Here are some tips for practicing being assertive: